Home / NEWS / IMPORTANT NEW ABOUT INDAI CENSUS 2021. NEXT CENSUS IN INDIA 2021 USEFUL FOR ALL SCHOOL AND TEACHER

IMPORTANT NEW ABOUT INDAI CENSUS 2021. NEXT CENSUS IN INDIA 2021 USEFUL FOR ALL SCHOOL AND TEACHER

IMPORTANT NEW ABOUT  INDAI CENSUS 2021. NEXT CENSUS IN INDIA 2021  USEFUL FOR ALL SCHOOL AND TEACHER

next census in india 2021
india population census 2021.
next census in india 2021
The first phase of operation in gujarat census data may be from June 2020.
The first phase of operation in Gujarat may run from June 2020 to September 2020.
The operation will be conducted in 251 talukas of 33 districts of the state.
The mobile app will be used for the first time in the state.
next census in india 2021.
The census of India has begun to shake its peak in 2021.  Census 2021 is the 8th census in a series since 1872 and the eighth census after independence. The first phase of the inauguration of this census will start from june 2020 and will continue till September 2020.  A mobile application will also be used for the calculation, said Dr Sanchita Sarkar, Deputy Director, Census Bureau.India's census is the only major administrative exercise in the world.  India's census is completed without interruption, as per the prescribed time sheet every ten years.No matter how difficult the situation is, the natural calamity is political unrest or in any critical situation the census operation has been successfully completed without any hindrances. This will be the first time the mobile app will be used to collect data for the first time in the next 2021 census.  Complete the task of updating the National Population Sheet along with the listings  Sector.  The census will be monitored by the cmms portal of census 2021 on field operations.Due to this kind of advanced operation, the results of 31 data can be made public in the census.
1872 under british Viceroy Lord Mayo, the first complete census was taken in 1881.
The 2021 Census of India, also the 16th Indian Census.will be taken in 2021. 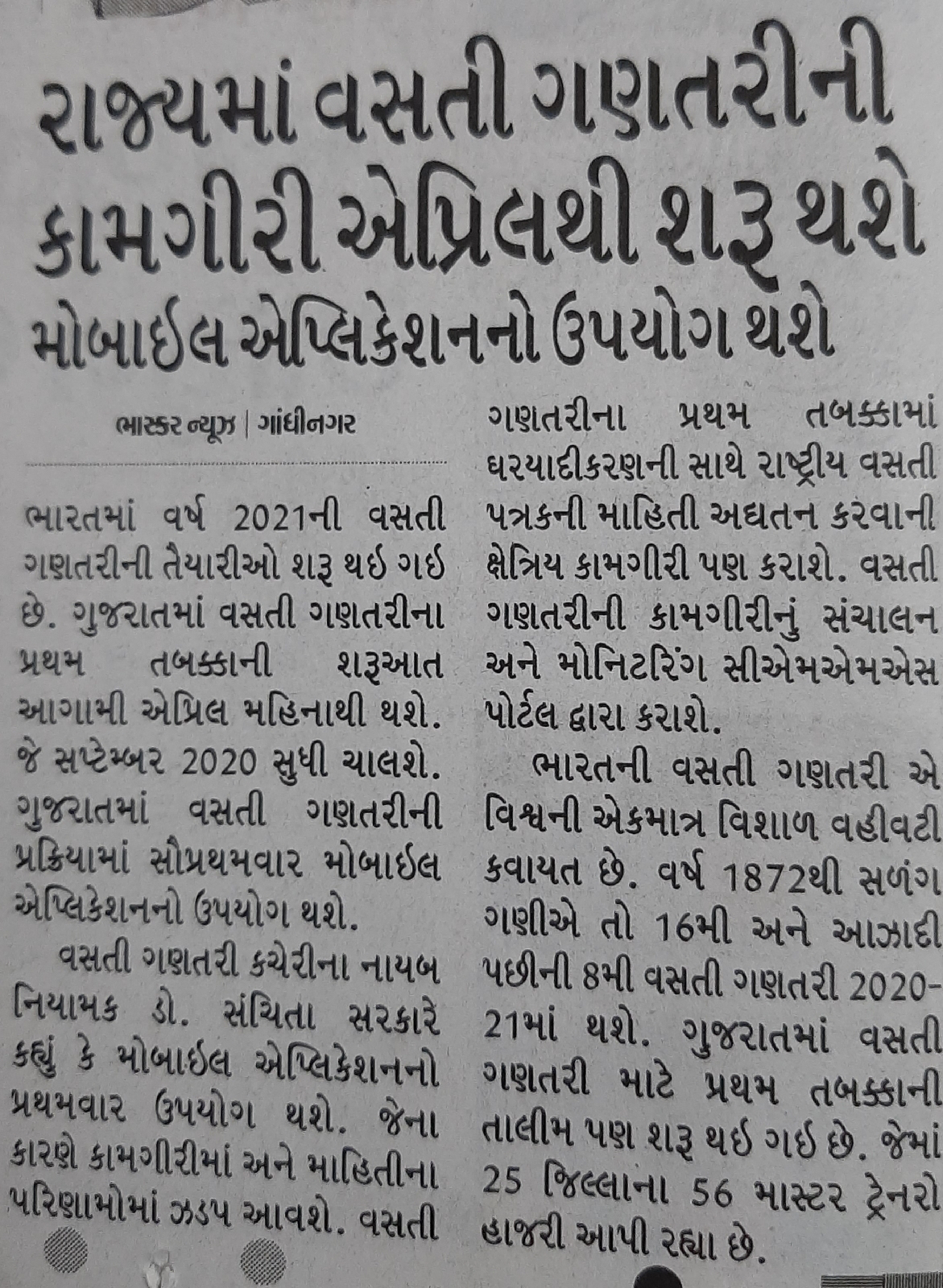